1. CMT Awards: Erin Andrews and Brittany Snow hosted The Carrie Underwood Awards this year, which featured a few performances and wins from Carrie’s friends (in categories she wasn’t nominated in), but the show was mostly an unofficial welcome back and congrats on your rocking post-baby bod (not that I’m complaining, I am, however, complaining about Keith Urban’s horrible hair).

2. Bachelor In Paradise Cast: You. Guys. The cast of Bachelor in Paradise is everything I have been dreaming about. Not only are Ashley S (#HELLYES), Ashley I, Carly Waddell and Juelia Kinney back, but Jade-everyone-looked-up-your-naked-pictures Roper and Jillian-black-bar- Anderson (all from Chris Soules’ season) will also hit the beach. Clare- I-talk-to-raccoons-and-slept-with-Juan-Pablo-in-the-ocean, four guys from the current season and a bunch of dudes I don’t recognize will also be on the show. There’s also a “mystery woman” and if it’s not Kelsey finally returning from the Badlands, I will be seriously disappointed.

3. Prince George and Princess Charlotte Are My New Background: New photos, taken by their mom Kate Middleton, were released of George and Charlie (my nickname for her) and they could not be cuter. George’s face is made for a memes, and Charlotte is one of the only babies I have ever thought was cute. #Goals

4. Reese Does The Bend-And-Snap: Reese Witherspoon channeled her inner Elle Woods at a Walmart’s Annual Meeting (because apparently that’s something celebrities attend…), and I don’t know if Reese or the poor Walmart employee she made bend-and-snap with her is better.

5. Degrassi, The New Class: Netflix was definitely listening for the past 14 years when Degrassi preached “Whatever It Takes,” because the second Teen Nick cancelled the never-ending-teen-drama, Netflix picked it up and changed the name. Degrassi, The New Class will premiere on Netflix next year, and while it’s been a few years since I’ve visited Degrassi Community School, I hope this announcement means the first 10 seasons will be streaming because I’ve been looking for a new excuse to never leave my house.

6. Gigi Jonas: Model and professional Instagrammer Gigi Hadid was spotted canoodling with Joe Jonas all over the world this week, and I want her to be careful because her friendship with Taylor Swift is much more valuable than her 2-6 month fling with the middle JoBro. That being said, GiJoe is definitely not hard on the eyes, and I’m sure they are driving her ex Cody Simpson crazy.

7. Chris Brown VS Everybody: Chris Brown surprised absolutely no one by posting an offensive Instagram about Caitlyn Jenner and harassing his ex-girlfriend outside a nightclub. Seriously, why does Chris act more like a cast member on Teen Mom’s boyfriend than a singer? #GetItTogetherBreezy

8. Full House On Drugs: Lifetime is trying really hard to make The Unauthorized Full House Story happen, and releasing this ridiculous (and down right insulting to DJ) poster and casting Miley Cyrus’ ex- boyfriend Justin as Uncle Jesse was a great start.

9. Ariana The Feminist: Ariana Grande took to Twitter to talk girl power and to ask everyone to stop calling her Big Sean’s ex. She said it was offensive and that she did not want to be considered a man’s “possession,” but I think she is just embarrassed to be in the same sentence with Big Sean so many times a day.

10. FNL At The ATX: I gave the extensive Gilmore Girls coverage and the Dawson’s Creek scoop is coming tomorrow, but there was an unofficial Friday Night Lights reunion in Texas this year as well! Billy and Mindy Riggins hung out with Tyra, and they probably got really drunk and talked about Mindy’s Finding Nemo wedding vows and how hot Coach Taylor is.

11. Tony Awards: TBH the only thing I know about the Tony’s is Kendall Jenner and Nick Jonas were there and I don’t know why. I also think Nick should dump Olivia Cupo and date Kendall so they can go on double dates with Joe and Gigi and because the babies would be beautiful and really good at pretending to be super talented.

12. Beyoncé is a vegan and #NoOneCares: Beyoncé took over Good Morning America with a “life-changing” announcement this week, and disappointed everyone when her big revelation was she is a vegan and wanted to plug a book written by some dude. Bey has been a vegan for like a year and anyone who is anyone follows her on Insta and already knew. #Fail #SomeoneBuyMeThatBookTho 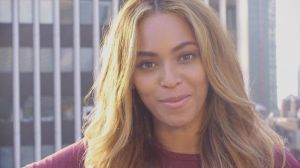 13. Kanye’s Birthday Party: Kim Kardashian treated her husband like the child he is by renting out the Staples Center and letting him play basketball with his friends. Since Yeezy is like 5’8 and way to spazzy to play bball in real life, I’m sure this was a real “Like Mike” moment. John Legend sang the National Anthem and Kimye’s pastor played, so I’m sure it was a typical afternoon for Ye. 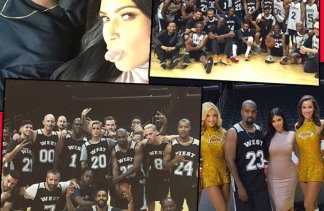 14. KP Getting Revenge?: Rumors that Katy Perry was recording a Bad Blood revenge song took the internet by storm this week. The song was supposed to be called 1984, a play on Taylor’s album 1989, but Katy’s reps say it’s not true. I’m mad at whoever started this rumor because think about how epic this feud could be if KP responded.

15. Ryan and Seth Hang-Out IRL: Ben McKenzie revealed that he hangs out with Adam Brody in real life and that he would consider doing an OC reunion if Adam was down. He expressed excitement that Ryan and Seth won Best Bromance on E! Online because #duh.

16. Married At First Sight Finale: The second season of Married At First Sight came to a close last night, and two out of the three couples decided to stay married. There’s like a 50/50 chance Jess and Ryan make it past a year, and a 75% chance Jaclyn and Ryan make it past 5 years. Sean and Davina called it quits and could not wait to get away from each other, and I’m just proud of myself for guessing the finale right for the second year in a row.

17. Mindy vs Gossip Girl: Mindy Kaling took on the infamous blogger when GG dissed her outfits. I can’t say if I’m Team Minds or Team GG because they both hold a close place in my heart, but Mindy rocks the majority of her outfits so Gossip Girl better watch her back.

18. Dawson and Buffy Are Coming to ABC Fam: Breaking news: your life is about to get a taste of the 90s and as a result, a whole lot better. Dawson’s Creek and Buffy The Vampire Slayer are both premiering on ABC Family at the end of June, and trust me when I tell you this is the best thing that’s ever happened to you since Gilmore Girls came to Netflix.

Check out my Bachelorette and Pretty Little Liars recaps here.