Blake Lively and Ryan Reynold’s pregnancy announcement has me (and the rest of the world) super excited. And has me thinking about the other beautiful babies that are going to be born in 2014/2015…

The Royal Baby: Whenever you’re having a bad day, remember that another baby George is coming our way. Also remember that poor Kate Middleton is suffering through severe morning sickness to give us another gif-able bebe.

Country’s Royal Baby: Carrie Underwood is adding mother to her long list of accomplishments, and her mini baby bump is proving to be just as perfect as her. I also think it’s safe to say that the Underwood/Fisher baby is going to have the best hair in the game. 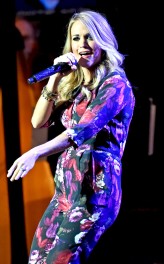 Kardashian Kid:  The only kids I love more than North West? Mason and Penelope Disick. That’s right, I went there, Kourtney and Scott’s kids are a little bit cuter than NW. I’m keeping my fingers crossed that it’s boy, because I want P to be the Queen of the house of Lords.

El Bebé del Fútbol: Shakira and soccer player Gerard Pique are expecting their second child together, and I want it to be a girl. That way, the world can expect another beautiful soccer player from their son Milo, and another singer whose hips don’t lie from baby #2. 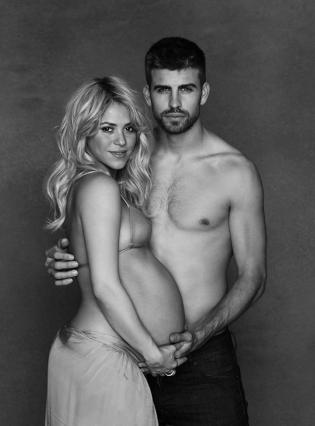 Arendelle’s New Prince(ss): Kristen Bell (aka the cutest pregnant lady on this list) and Dax Shepard are giving their daughter Lincoln a sibling, and if it’s a girl I’m 99% sure Lincoln and her sister will build snowmen and sing/dance in the hallway (aka be Elsa and Anna). If it’s a boy, I’m banking on a male Veronica Mars spin-off.

Orange County’s New Resident: Summer Roberts (Rachel Bilson for non- OC fans— shame on you!) is expecting her first child and if his/her first words aren’t “Ew,” or “Welcome to the OC, bitch!” I will be thoroughly disappointed. 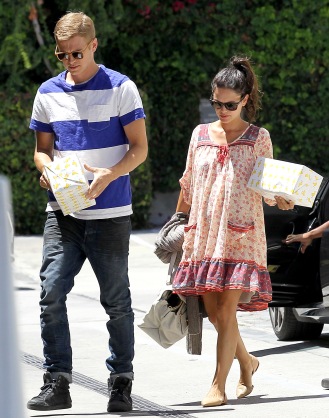 Nashville Nugget: Another Hayden with a child on the way (Rachel Bilson’s fiancé is Hayden Christensen), Juliette Barnes is pregnant on TV and in real life, and I can’t wait to see if baby Panettiere/Klitschko is super-short like its mom or extremely tall like its dad. Either way, I hope it can sing country music and calls Connie Britton “Aunt Rayna.”

And finally, The Upper East Sider we have all been waiting for: Blake and Ryan taking their son/daughter on a walk in Central Park, Blake buying her daughter her first pair of traveling pants, Ryan showing his son “The Green Lantern” aka his dad as a superhero, Blake/Ryan sending their son/daughter to prep school a la Constance Billard and St Judes… This is the kind of stuff that dreams are made of.

Here’s hoping Adam Brody/Leighton Meester, George Clooney/Amal Alamuddin, Kimye and Lauren Conrad and her new husband William Tell are next on the list…