Holy VMA hangover! MTV’s biggest night has never failed me, and last night was no exception. If you missed the show or just want to relive all of the great moments, check out my recap (and ignore all of the others out there).

1. At the pre-show Taylor Swift said out loud what everyone else is thinking 99% of the time. And also forgot her pants.

2. Katy Perry and Riff Raff= SO. MANY. FEELS. Time to google Britney and Justin for the next hour and shed a few tears. #WhatCouldHaveBeen 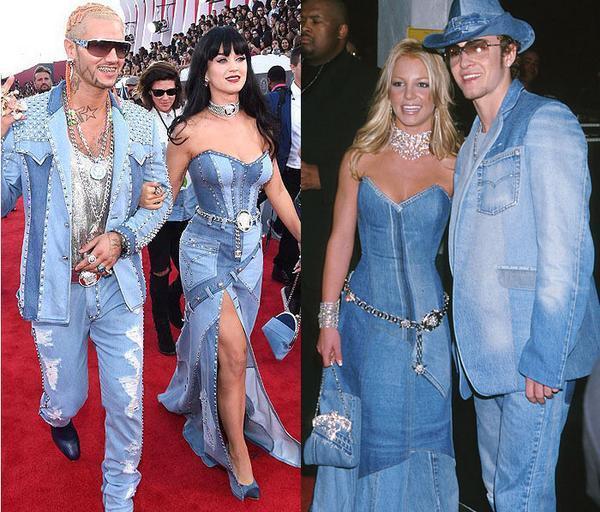 .@katyperry Just when I thought the denim dress had retired….you bring it back! You looked amazing tonight bb 😉

4. Ariana Grande sounds amazing, but looks like a 12 year old going to a dance recital. She also must have left her pants with Taylor Swift’s and decided boots were a good replacement.

7. Now Nicki just looks stupid and like she has to go to the bathroom.

8. Gwen Stefani looks better  than she ever has. She’s definitely taking whatever J.Lo is taking.

9. How many of the guys on stage with Taylor do you think she’s dated? 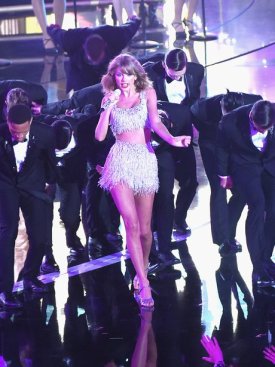 13. All I can think about when I see Jim Carrey’s scarf is The Bachelorette. 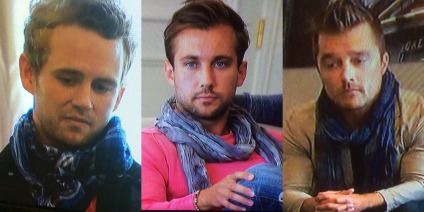 Thanks babe 🙂 miss ur face! “@cassandrasteele: Stoked we had a Canadian beauty on stage @ninadobrev , excited for maroon 5 perform!! #VMAs”

17. Kendall Jenner’s reaction to Jay Pharoah’s Kanye proves that she is the best/smartest Kardashian.

18. Crazy eyes should have hosted this show.

21. At the Teen Choice Awards I was all for Nina Dobrev and Kellan Lutz, but now I think her and Trey Songz should make beautiful babies ASAP.

22. I wonder if Trey Songz’s grandma (who he wished a happy birthday) agrees. #HappyBirthdayGrandmaz #GetItTrending 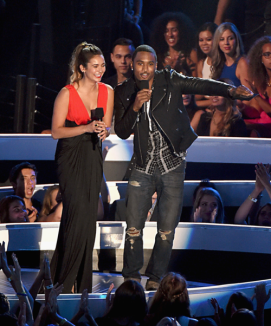 24. Aaand Lorde is still the most awkward person in award show history. Thinking about her and Taylor Swift hanging out makes me cringe.

26. Spotted in the front row: Demi and Taylor sitting next to each other. Did they discuss Selena? Did Miley want to get her Hannah Montana wig and join? XOXO, Gossip Girl.

28. Maroon ‘s guitar player should be the next face of Pantene. 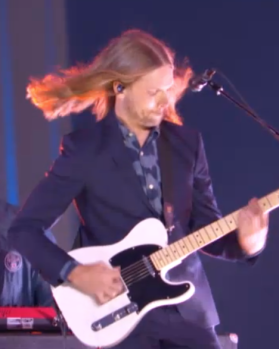 29. Not only is Miley one of the only stars wearing pants tonight, but she also had a homeless teen accept her award and help raise awareness. #Miley4Prez

30. The dancers (or dolls?) next to Beyoncé look like they belong in Pretty Little Liars. #BeyIsA 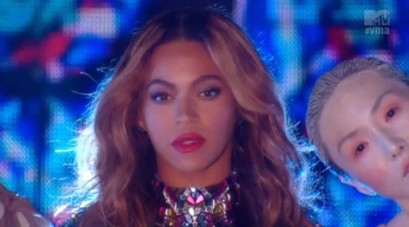 31. Before they even showed Blue Ivy in the crowd all I could think about during Beyoncé’s performance is how I want a shirt that says “What would Blue Ivy do?”

32. Did she bedazzle that outfit for her mom?

33. Does she know her dance moves practically broke the internet?

34. Was it her idea for her parents to kiss on stage to battle the divorce rumors?

OMG BLUE IVY JUST PERSONALLY WAVED AT ME. MY LIFE IS OVER.

One thought on “The Only VMA Recap You Need To Read”