The NBC show ended its six year run last night, and left a Braverman shaped whole in my heart. If you never watched Parenthood, please log onto Netflix right now and start, and thank me later.

The series finale was perfect. We got to see characters that made a lot of mistakes throughout the series find their way. Sarah found and married Hank (but those Amal Alamuddin gloves have got to go). 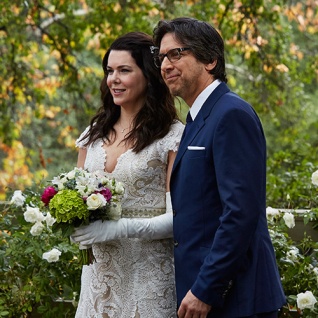 Crosby found the courage and strength to believe in himself, and gave us all hope that we can find a way to live our dreams (even if it takes us a long time to get there). There’s a little bit of Crosby in all of us.

Amber found the confidence and determination to be a mother, and she also found JASON STREET. Scott Porter’s surprise cameo as her new boyfriend was truly epic, and watching 6 and 44 (Matt Lauria) in a scene together was magic. Crying eyes, full hearts, can’t lose.

Max graduated high school, and found his passion in photography could be a real career. I already miss his hilarious comments and am still crying over him dancing with a girl at the wedding.

Adam and Kristina proved to be more perfect than ever, and made me want to believe that people like them really do exist. There are so many real people that  would benefit from a school like Chambers and benefit from people who truly care like they do. It just makes you want to believe in the good in the world.

Julia and Joel found their way back to each other, and ended up with the biggest family of all. These two prove that life is going to throw unexpected challenges and crazy surprises your way, but how you handle them is what is really important.

Losing Zeke was hard, but necessary for the show to feel complete. It’s all a part of the circle of life, and the majority of us have lost a parent or grandparent. Parenthood reminded us that how we need to honor the people that we lose in our lives and never forget what they taught us. I loved that the theme of baseball was able to come full circle, and it just felt right to see all of the characters playing together. I grew up in a baseball family, and that scene hit home (pun intended).

Parenthood’s ability to make us root for and relate to every character was pure magic. There is nothing like it on TV right now, and for that reason alone, it will be missed. I always say “I want to be a Braverman,” and I think the best way to practice that is to “Always do for others, and let others do for you.” Let’s all inspire to be as amazing and badass as the Bravermans.

If there are any other Parenthood watchers who want to form a support group, let me know. We can start by discussing how the tweets from the cast made us wish we were a Braverman even more:

Just drove over to Jason Katims' neighborhood that smells like spaghetti. The cast is going to watch the finale together. Preparing myself.

Thank you @nbcparenthood, for my beloved fake (yet real) family. Thank you, most kind and weepy viewers. Goodbye for now, and thank you!

Tonight, we say a forever farewell to PARENTHOOD. Goodbye, Amber Holt. I had the time of my life fighting dragons with you. With all my ❤️,👋

Tonight is the series finale of Parenthood. Best 6 years of my life 🙂 let's all watch and try to equal the viewership of a kardashian rerun

Thank you @nbcparenthood for the memories and friendships! And to the fans! So much ❤️❤️❤️❤️ pic.twitter.com/dfWAD3slil

Tonight I say goodbye to a very good friend in a very special way. Thank you @nbcparenthood and @JasonKatims for it all. #ParenthoodFarewell

Gifs courtesy of http://www.tumblr.com and NBC.