"Or maybe we can just go 90210 classic and burn down Frannie's float, Emily Valentine style." Every episode of Greek makes me love it more

I just finished watching Greek on Netflix and think it’s the perfect show for any teen drama lover. It originally aired on ABC Family from 2007-2011, and I can’t believe I missed it the first time around. Here’s 20 reasons/people why you should pick Greek, which follows siblings Casey and Rusty Cartwright navigate through college and the Greek system, the next time you’re looking on Netflix.

1. Pop culture references: The witty banter between BFFs/roommates Casey and Ashleigh is my favorite part about this ABC Family classic, and it’s rare they go more than a sentence without mentioning a TV show or celebrity. Does it get any better than mentions of Grey’s Anatomy, Dawson’s Creek and Felicity all in one conversation? (The answer is hell no).

2. And inside jokes: Not only do all of the series regulars make great jokes and references, but the supporting characters/guest stars (from movies like High School Musical and The Sisterhood of the Traveling Pants) poke fun at their past roles in brilliant ways.

3. Love triangles: A classic ingredient to any teen drama, Greek brings on the love triangles and it’s hard not to have any option on who should end up with who.

4. Diverse characters: Not only are all of the characters on Greek very unique and don’t really remind me of other characters on TV, but there’s a good mix of race, sexual orientation and appearance between them (without trying to hard like on Glee).

5. Cappie: I think Greek’s Cappie is one of my favorite characters in TV history. I don’t want to give anything away, but his hilarious antics, relationship with both Cartwrights and his adorable personality make him hard not to love. Bonus points because he’s going to play Krisoff (from Frozen!) in Once Upon A Time this fall.

7. Greek life= parties= drama: Gossip Girl taught me a long time ago that parties (especially on TV) are the perfect place for drama. It’s also a great platform to bring as many characters into the episode as possible. Plus on Greek, sometimes half of the time planning the party is more drama than the actual event.

8. And theme ideas: Every season there are multiple themed parties that you and your friends (or sorority/fraternity) could steal and make your own.

9. Bromance (and sisterhood): The friendships on this show are just as fun to watch and root for as the romantic relationships. #IShipRustyDaleAndCalvin4eva

10. Guest stars: It’s safe to say that every other episode of Greek I was freaking out because one of my favorite TV characters showed up at Cyprus Rhodes. Like…

11. Jackson Avery: The Grey’s Anatomy star was the perfect choice for the Hotness Monster. 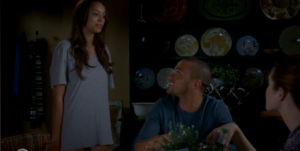 12. Cordelia Chase: Charisma Carpenter’s character on Greek is basically a grownup Cordy from Buffy the Vampire Slayer. And I love it.

13.Cindy Walsh: Brandon and Brenda’s mom (from Beverly Hills, 90210) showed up and gave Casey some wise advice that would have made the Walsh kids proud. 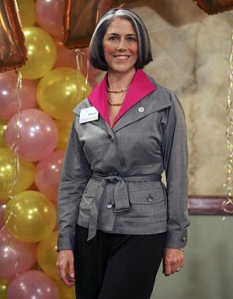 14. Naomi Clark: It only makes sense that Queen Bee Naomi from 90210 shows up as a girl from Cappie’s past.

15. Caroline Forbes: Before she was my all-time favorite vampire, Caroline from The Vampire Diaries showed up to keep things interesting for Cappie and Evan. 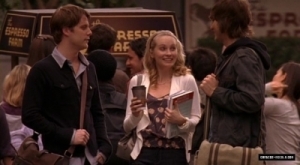 16. Schmidt: Schmidt is easily my favorite character on New Girl, and after he stole the show on Veronica Mars, it’s no surprise he did it again on Greek.

17. Michael Mancini: A perfect choice to play troublemaker Rebecca’s dad because he created/stirred up even more trouble on the original (and reboot) of Melrose Place. 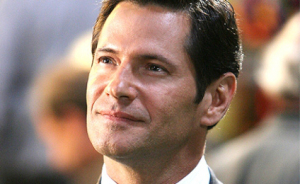 18. Adrianna Tate-Duncan: Ade from 90210 popped up a few different times on Greek, and it’s no surprise she played a perfect sorority girl. 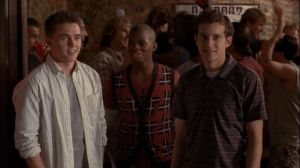 20…And Lauren Conrad: After countless mentions of The Hills and Lauren from Ashleigh and Casey, a guest appearance from LC herself was epic.