Another season of The Bachelor has come to an end, and another couple is trying to defy the odds and make that trip down the aisle. I want to believe that Prince Farming and Whitney will live happily ever after, but after Andi Dorfman and Josh Murray’s breakup, I’m having a hard time believing in Bachelor love. Hopefully Chris & Whit prove me wrong. Either way, let’s break the finale down:

I thought it was pretty obvious that Chris was going to pick Whitney. I mean the whole season Whitney was all, “I love you more than anything in the world” and Chris was like “Ditto, except I love might my corn more.” The connection between the two of them seemed to be strong and genuine, and once his family met her, it was a done deal. “Settle for the pretty girl who will move to this hell hole and forget about the hot chick” – basically a direct quote from Chris’s dad. I hope we get to see Chris and Whitney’s wedding Live on ABC, and I think “I reciprocate those feelings” (actual quote from Chris) will be a great addition to the traditional wedding vows. #SoRomantic. 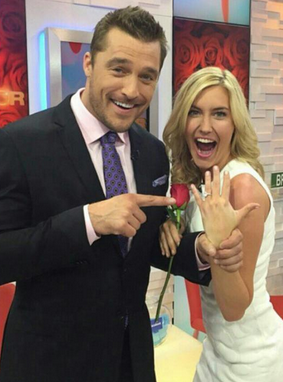 As for Becca, I have never seen a contestant on this show so relaxed and so chill about being dumped. Especially in a barn. I mean she did make it very clear that she had no interest in leaving her life in California for a life in Iowa, and Chris was like “If you say anything but ‘I don’t know’ about our future together, I will give you the final rose,” and Becca simply responded, “But IDK.” The communication between these two was truly inspiring. Also it turns out the joke is on Becca because Chris is going to be living in California for the next month as a contestant on Dancing With The Stars. #SeeYouAtTheSbuxOnHollywoodBlvd 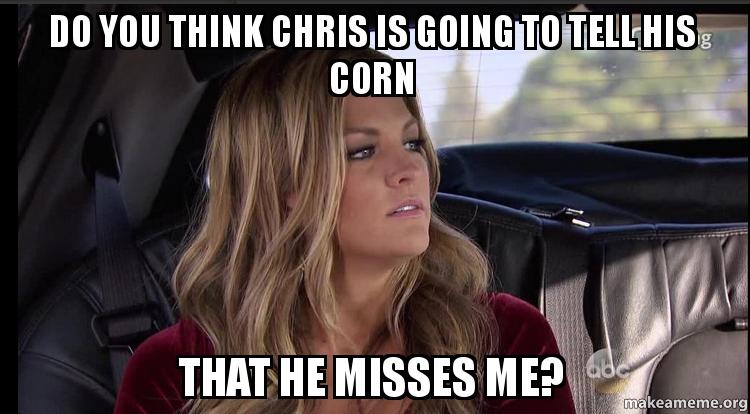 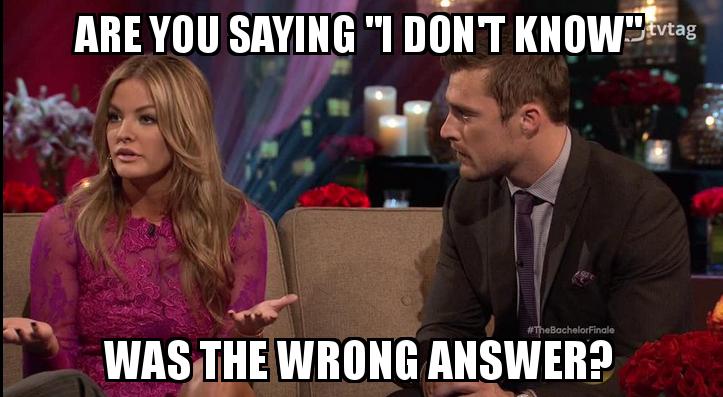 Let’s be honest, the real MVP of this episode was Jimmy Kimmel and his cow, Juan Pablo. There was nothing better than Kimmel gifting the new couple an animal named after the worst Bachelor in history, and Kimmel questioning Chris about his choice was a close second. Also I don’t know why Chris Harrison keeps agreeing to let J. Kim make appearances on The Bachelor, because every time he is giving viewers more reasons to start a petition to get Kimmel as the permanent host.

The biggest shock of the night was ABC announcing there is going to be TWO Bachelorettes next season. Scratch  that, the biggest shock of the night was Kaitlyn did not punch Britt in the face when they had to act like they were excited about this new twist. ABC has not made any official announcements about the new format, but the rumors are suggesting the men will get to pick which woman they want to stay and pursue a relationship with after the first night. I think this is a terrible idea (mostly because I’m scared the idiot men are going to pick overly emotional, but gorgeous Britt), and I want both women to stay all season. I propose the men pick Britt or Kaitlyn on night one, and both “journeys” continue as normal (and there’s a “steal” option a la The Voice at the end of every rose ceremony). If the producers want to talk details, they know where to find me. 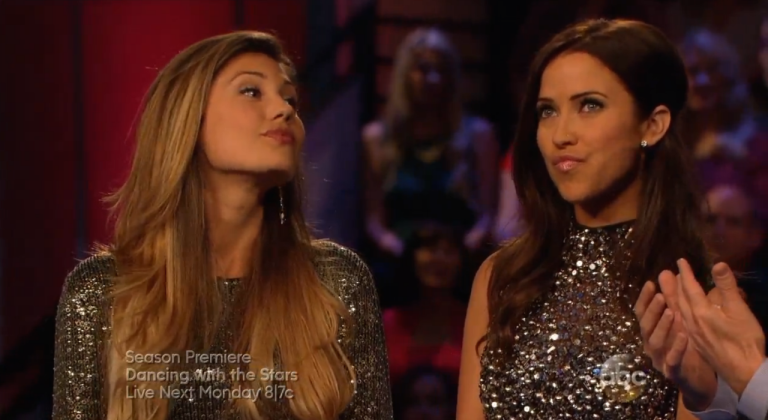 So what’s next? There’s only 68 days until The Bachelorette returns, and probably about four months until the best show in the world, Bachelor In Paradise, makes its triumphant return. As for Chris and Whitney, the two lovebirds will be hitting every talk show in the world this week, and then making their big premiere on DWTS. The two seem happy, and as long as Whitney continues to do all of the talking (and considers signing Chris up for some speech classes), then the two should live a long, corn-filled life together (especially because after his appearance on Kelly & Michael, it doesn’t look like the DWTS stint is going to last long).

I’ll leave you with the new Prince and Princess of Arlington looking super adorable on the cover of People Magazine. Maybe true love does exist. And maybe Whitney will show up on Bachelor in Paradise this summer. Either way, we’re the real winners here (for getting to keep watching such genius TV and for not having to hear Chris fail to form sentences or Becca talk about being a virgin ever again). 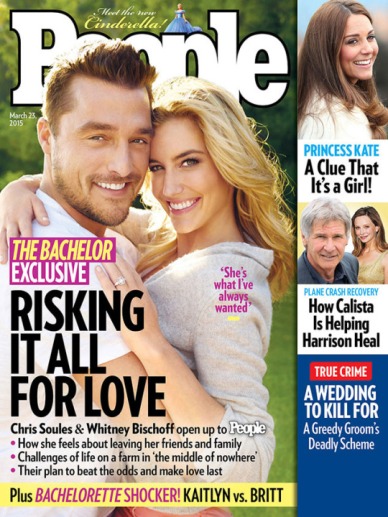