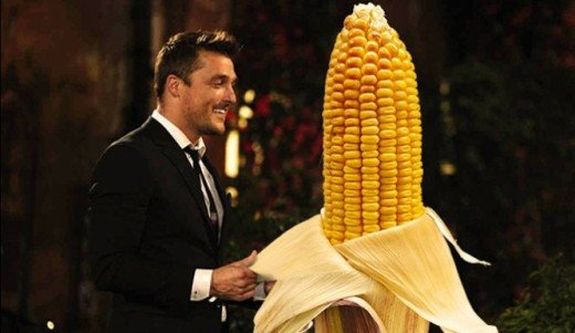 It’s a sad day for love. The latest Bachelor, Farmer Chris, and his winner Whitney have called it quits. #FarmerStillNeedsAWife and here’s a few reasons why:

1. Kelsey finally got out of the Badlands and said she would kill Whitney if they got married.

2. Chris is in love with his partner Witney from DWTS. #FarmersDontLikeHs

3. Whitney caught him rewatching his one-one-one dates with Becca.

4. Whitney couldn’t handle being two hours away from Starbucks or a restaurant or A PERSON.

5. Chris accidentally ran over Whitney with his tractor.

6. Chris spend more time with his corn than with Whit.

8. They both wanted a chance to be on Bachelor in Paradise.

9. Whitney stole Chris’ sperm and bought it to her fertility clinic to make babies.

10. The Jelena reunion rumors started a Team Justin vs Team Selena debate that they just couldn’t recover from.

13. They disagree on whether or not Ross and Rachel were on a break or not.

14. Chris heard Lindsay Lohan was finally off probation and set out to win her over.

15. Whitney caught him looking at pictures (you know the ones) of Jade.

16. His laugh was just too damn annoying.

PS: What happens to the mural in Iowa? 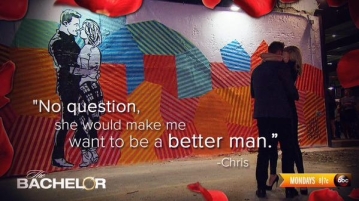