The best part of the Bachelor franchise is following all of the men and women who try to make their 15 minutes of fame last a lifetime through social media, spinoffs and charity work. Let’s start with news of the new Bachelor…

1. All, hail Ben H: Ben Higgins is the new Bachelor… Can I get an Amen? Ben is gorgeous, sweet and seems sane enough to make this work. 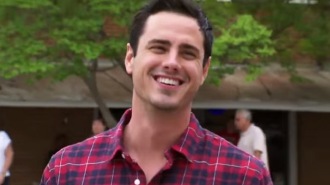 2. Lacy and Marcus are Married: Bachelor in Paradise has now successfully produced half of the amount of married couples in one season as the Bachelor has in 19. I’m betting we will see scenes or pictures from Lacy and Marcus’s wedding in the premiere of BIP. I’m sure they will last until season 3 of the spinoff.

3. BIP Promo: Speaking of BIP, it’s back for a second season and I can’t wait. Ashley I crying and Ashley S in an ambulance? Sign. Me. Up.

4. Cupcake on GMA: After ugly crying harder than Kim K on his final episode of The Bachelorette, Chris Strandburg visited Good Morning America and gave out cupcakes and floss. #Cupcake4Prez


5. Ryan Reynolds Is A Fan: In a Yahoo Interview, Ryan Reynolds called the Bachelorette his “crack.” How epic would a viewing party with him and wife Blake Lively be? Ugh, goals.

6. Andi Cannot Make Non-Bachelor Friends: A month after Whitney and Chris broke up, the former Bachelorette was spotted out with Whit. Shortly after, she hung with Kaitlyn. She’s also always with the girls from her season. This isn’t really news, but it makes me laugh thinking about all former Bachelorettes brainstorming sponsored Instagram captions and taking pictures of their teeth whitening products. 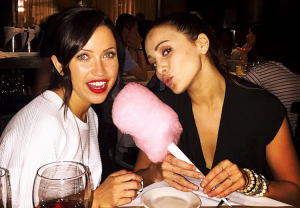 7. Cody and Michelle Together Again?: Another BIP couple that ended up together last season, Cody Sattler and Michelle Money. The two broke up shortly after the show ended, but after a series of pictures have been posted and Michelle has tweeted about his gym products/competitions, these two might be back on. I’m all for Michelle finally settling down…. or becoming the Bachelorette. 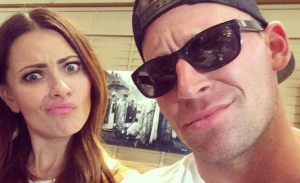 8. Chris Soules tweets at himself: This one speaks for itself. #StopPrinceFarmingOnSocialMedia

9. There’s a Bachelor snapchat: Andi, Michelle, Lacy and Des Hartsock went to the premiere of Magic Mike XXL a few weeks back, and posted the entire night on snapchat. Here’s hoping they give the BIP cast snap privileges, too.

10. Bachelorettes Do Charity: In addition to taking on Family Feud (and playing/winning for the charity of their choice), the Bach Fam played in a charity softball game. Who knew this reality franchise was filled with such good people?

11. The Roots On Kaitlyn’s season: I think one of the best parts of being a Bachelor fan is watching late night hosts mock the hell out of the show. Usually Kimmel does The Bachelor best, but Fallon ain’t bad.


12. Josh vs Nick continues: If you unfollowed Josh Murray on Twitter after him and Andi called it quits, it’s time to re-follow for the last two weeks of Kaitlyn’s season. Josh subtweets about Nick every week, and it’s OP.

Why would Nick talk about something private, does he have a history of calling people out?

13. Chris Harrison Trivia: Do you know more about this infamous show than its host? The chances are probably not, but you can try to beat him at his own game in his interview with TV Guide.

14. Whitney’s Bday Gift: Bachelor Producer Elan Gale gave Whitney Bischoff one of the biggest bottles of wine of all time, and if that’s not a good enough reason to go on the show for a season, then I don’t know what is.

15. Britt and Brady Call It Quits: Remember Britt? The chick who didn’t shower and tried to be the Bachelorette? Well, she dated Brady after he left Kaitlyn’s season to find her, but the duo just ended their relationship. Shocker.