By the power invested in me as a self-proclaimed Super Bowl watching professional,  I present the 30 most important moments during Super Bowl 49 that you need to see again (plus the internet’s best reactions).

1. Queen Elsa killed the The National Anthem and ended her performance with a fist pump a la Jersey Shore.

Then her ex-husband Taye Diggs called her Baby Mama and I wanted to dedicate my life to getting them back together.

Yup. Baby mama crushed it at the Super Bowl. pic.twitter.com/94Vs8trhuD

2. The Legend Family went to the Super Bowl and did what they do best. John sang America the Beautiful: 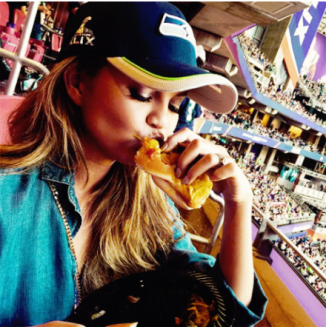 3. Marshawn Lynch ate skittles out of a Tupperware container like it was #NBD.

4. Taylor Swift’s cat was the most exciting part about the 1st quarter. She reenacted Tom Brady’s interception and was responsible for bringing Olivia Benson and Meredith Grey together (T. Swift’s cats are named Olivia and Meredith).

7. The Patriots got the honor of performing the first touchdown dance.

8. Nationwide pulled the ultimate party foul by premiering a commercial with a dead kid.

But all is forgiven because the commercial made this meme possible 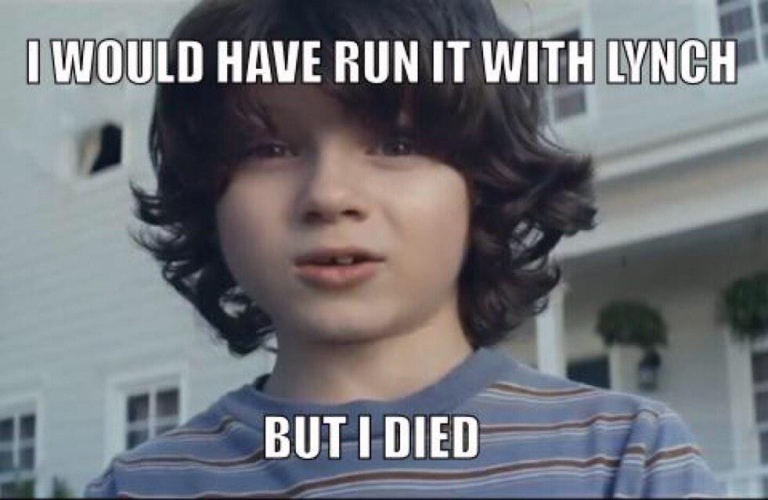 9. This puppy made everyone cry and made me realize that as a country we joked about a dead kid and cried over a dog. #Merica

10. Snickers made everyone consider turning off the game and putting on a Brady Bunch rerun. #MarciaMarciaMarcia

11. Steven Tyler exposed that he chewed with his mouth open and no one was surprised.

12. Katy Perry’s entrance caused the biggest debate since the last presidential election: Was she riding a lion or a tiger?

Seth Meyers thought it was a lion and had the honor of announcing its passing.

Being in the stadium gives you a whole different perspective on the halftime show. They just euthanized the lion.

13. Everyone agreed the sharks were the best part of the entire night.

Furthermore, the left shark did not know any of the sharkography and stole all of the attention from the right shark. Left Shark was also a worldwide trend on Twitter today, so we’re all doing big things today.

14. The beach ball had a one tooth smile and is going to haunt all of us forever.

15. Missy Elliott showed up and everyone felt like they were in middle school again (that’s a compliment, btw).

Or felt confused because they legitimately did not know who Missy Elliott was.

16. The internet claimed Katy Perry took a dig at her enemy Taylor Swift by making fun of her old lady bathing suit.

17. KP practiced safety first and Nintendo made her Employee of the Month.

18. Russell Brand took all of the attention away from Taye Diggs and made me want to re-dedicate my life to getting them back together.

Super Bowl may be baffling to Brits but half time show will be amazing. Good luck KP

20. Paul McCartney enjoyed the game, while also showing us what Bruce Jenner would look like in 5 years if it wasn’t for that whole becoming a woman thing.

21. Kanye West showed us what it is really like keeping up with the Kardashians. 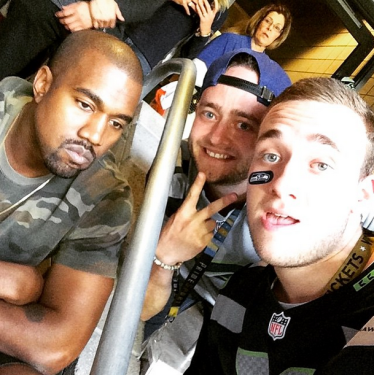 22. @SadTomBrady made his return to the spot light.

23. This catch made everything that ever happened in Friday Night Lights suddenly seem realistic.

25. Britney Spears showed up in one of the commercials because she’s Britney, bitch.

26. The Seahawks coach reenacted how it feels when you think you’re favorite Bachelor contestant is going to get a rose and doesn’t (or how it feels to almost win the Super Bowl, same thing).

27. A fight broke out and I think it’s safe to say they were arguing over the Left Shark and the Right Shark.

29. Chris Pratt and Chris Evans became the real MVPs by putting their bet aside and deciding they will both visit Seattle and Boston hospitals in their Star Lord and Captain America outfits.

30. Will Ferrell made everyone forget about Super Bowl 10 minutes after it ended during Jimmy Fallon’s Lip Synch battle.