A Gala, a Derby, a Princess- oh my! Check out some of the best headlines from April 29th and May 6th:

1. Princess Charlotte: Her Royal Highness Princess Charlotte Elizabeth Diana of Cambridge is here, and is perfect. Duchess Kate went into labor around 2am (and skipped the epidural because apparently she’s insane) and there was a new Princess by 8am. She made her royal debut on the front steps of the hospital and her bro Prince George stopped by for a visit, and when he waved to the crowd, he basically broke the internet. #RoyalRealityShowPlz 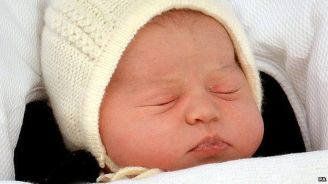 2. Kim K’s book Selfish: Kim Kardashian’s infamous selfie book hit selves on Tuesday, and I’d be lying if I said I didn’t flip through it at Barnes and Noble. A lot of the selfies are from her Instagram, but some of them are too hot for Insta. I wouldn’t buy this book for myself, but I wouldn’t be mad if I got it for a present (hint, hint my half birthday is tomorrow).

3. Little Mix Swipe Left On Harry: The british band Little Mix was asked about a series of celebrities and what they would do if they were matched with them on Tinder (#seriousJournalism), and when the girls said the would swipe left (aka deny) on One Direction’s Harry Styles, chaos ensued. 1D fans started threatening Little Mix fans on Twitter, and the world was reminded why parents shouldn’t give 10-13 year olds iPhones.

4. Kentucky Derby: D- List stars like the former Bachelorette, Nick Lachey, Joey Fatone and Kendra wore ridiculous hats and hit up the Kentucky Derby. The horse that was predicted to win won, so I’m sure the most exciting drama happened when Andi Dorfman and Whitney Bischoff came face to face and discussed Chris Soules and whether or not he could form a sentence or not. #FarmersExGirlfriends

5. The Fight: Actual celebrities like Beyonce, Jay-Z, Ben Affleck, Bradley Cooper, Jake Gyllenhaal and Jamie Foxx went to Vegas for the Mayweather- Pacquiao fight, and I don’t know much about boxing, but I do know that everyone complained about the fight on social media more than they enjoyed it. #FloatLikeAButterfly #ComplainLikeABee 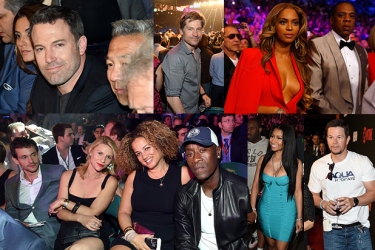 6. Met Gala: The “Oscars of Fashion” took place over the weekend, and did not disappoint. Actors, musicians and Kardashian-Jenners wore ridiculous gowns and acted like it was NBD that there was a bouquet on their head or a cape the size of the red carpet on their back. Nudity was another trend, and when Beyonce showed up wearing nothing but sparkles, the world (who I’m convinced was brainwashed by Bey because her music was honestly better 5 years ago and I preferred her clothed, but whatever, people are drinking her kool-aid) bowed down to Queen Bey.

7. JLo’s Selena Tribute: Jennifer Lopez gave an amazing tribute to singer Selena at the Latin Billboard Music Awards, and it made us feel like we were watching the movie in Selena in Spanish class for the 10th time.

8. KUWTK: About Bruce: No surprise here, the Kardashians are taking advantage of Bruce Jenner’s new-found fame and airing a two night special where the family discovers and discusses Bruce’s transition into a woman. There will be tears, home movies and probably makeup advice. #KruceKardashian

10. Mini SATC Reunion: Carrie Bradshaw and Charlotte Yorke hit up the red carpet together, and it doesn’t look like they have aged since the last movie (and no, that is not me endorsing a Sex and the City 3 movie). 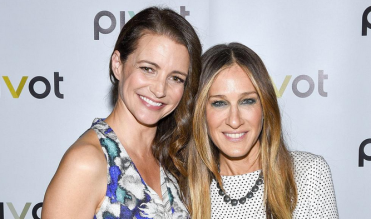 11. Sister, Sister Reunion: Speaking of reunions (there is something in the air), Tia (not Tamera) Mowry said there will probably be a Sister, Sister Reunion or reboot someday. I’m not complaining, especially if we can make “Go home Roger” the new “Bye Felicia,” but do we really need to redo every 90s show? (The answer might be yes, and I’m rooting for Dawson’s Creek next).