Robin Thicke thanked his "wife" and has a new song called "Get Her Back." I wonder if he's taking the divorce well.

There’s a lot of summer TV premiering and on the way (I’ve got a good feeling about this season of the Bachelorette y’all *Andi accent*), but before I get into any of that, we have to recap this past week. Between The Billboard Music Awards, the (never-ending) Cannes Film Festival and the Kardashian’s taking over Paris, there’s so many gifs and beautiful people to look at.

While Kesha (no $!— she’s graduated to a real s) made her first red carpet appearance since rehab (and looked better than ever), Miley continued her weird (but wonderful) performance streak. Why am I putting these two singers in the same category, you may ask? Because during Miley’s glitter-fest of a performance, I couldn’t help but wonder if Ke$ha was jealous. I use the $ because I don’t know if new mature “Kesha” is as glitter crazy (this is serious stuff, people).

Trading in glitter for neon colors, Katy Perry (who won Top Female Artist) gave the world a hint at her new tour by performing via video on the road. I wonder if Katy will be 40 and still singing about birthdays. I also wonder if Shakira was worried she was about to pull a Janet Jackson during her performance.

Later on in the show, Jason Derulo sang his new song “Wiggle,” and confused the world with the repetitive “What do you do with the big fat butt” line. But of course, that didn’t stop it from taking over the radio less than 24 hours later. Sometimes I hate everyone.

My theories on Kendall Jenner not being able to read “And now we welcome 5 Seconds of Summer” are A) she was drunk B) she’s that stupid C) she’s still hung-up on Harry Styles and wanted to almost say One Direction as a way to get his attention D) it was a publicity stunt to get her more press or E) she’s that stupid.

Kendall’s explanation (which no one believes) is below. Also you should all know (and look forward to) Kendall (with sis Kylie) to take her amazing reading skills to Canada to host the Much Music Awards in a few months.

I think Lorde deserves the “Most Improved Award” because her voice and her awkwardness has definitely improved since her last award show appearance. She was still awkward as hell, though (who is on her “team” (pun intended) and thinks it’s OK to let her keep “dancing” (quotes because I don’t know if you can call whatever she does dancing)).

I have to include a gif of the Michael Jackson hologram, but am going to leave it at that because I can’t decide if it’s creepy or cool.

Last, but certainly not least, Robin Thicke decided to take this show as an opportunity to win back his soon-to-be-ex wife Paula Patton. I don’t know what Paula is thinking, but I personally think Robin looked more into getting himself back on the top of the charts than getting her back.

Also I can’t write about Robin Thicke without including this #NeverForget:

The cast of Mockingjay: Part 1, the latest installment in The Hunger Games series, looked beautiful and not like a group of murderers and fighters at The Cannes Film Festival.

JLaw, and her adorable new hair, stole the show as usual and continued to make the world fall more in the love with her with her interview answers.

Nicole Kidman, who stars as Grace Kelly in Grace of Monaco, channelled her Princess training on the red carpet and waved and acted just like I’m sure Julie Andrews would have taught her in Princess Lessons.

Rosario Dawson and Petra Nemcova decided to take selfies on the carpet. Maybe the two actresses were celebrating the act that selfie was officially added to the Webster Dictionary?

Blake Lively definitely wins the festival because all of her outfits have been spot on (I’m pretty sure “best dressed” isn’t an award and Blake didn’t even have a film screening, but whatever). Serena van der Woodsen would be so, so proud. 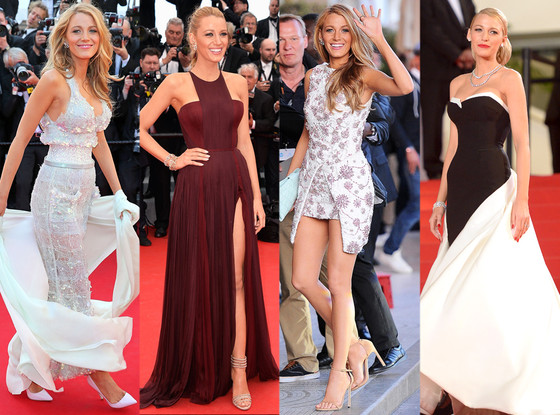 Serena would also be proud that she upgraded from Dan Humphrey to Ryan Reynolds. The two continued to look picture perfect and make all of us hate our lives (and laugh in our faces about it). 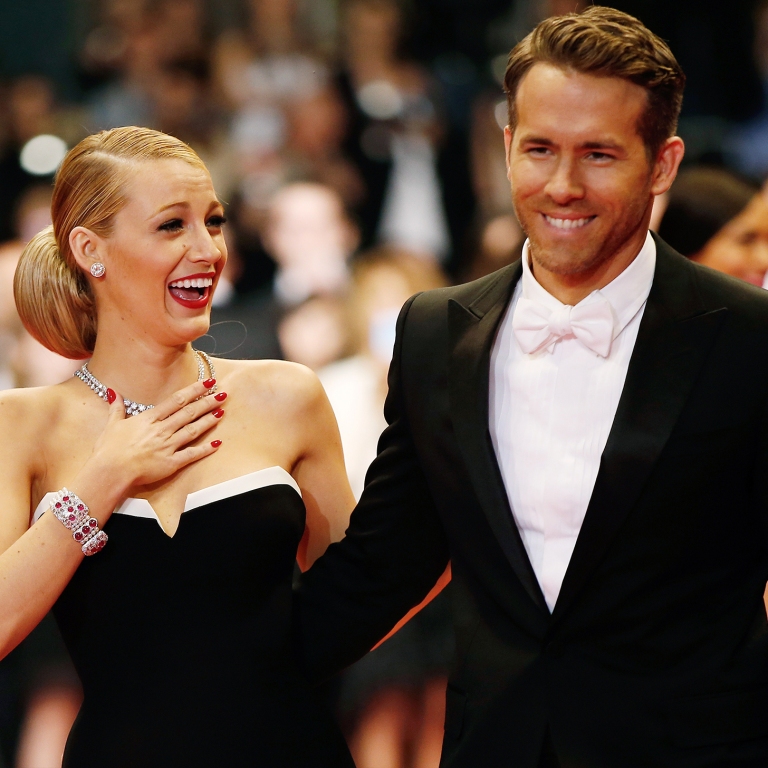 Two stars that came to the festival to party (instead of idk, watch or premiere movies) should surprise no one. A (definitely not) sober Lindsay Lohan partied with brother Michael (I wonder if Oprah is more disappointed about the ratings of Lindsay or that she’s back (aka she never left) her partying ways). Justin Bieber continued to make everyone hate him even more and reportedly flirted with a Victoria Secret model and Paris Hilton. Justin probably told Lindsay he didn’t have time to see her at the festival, but he’d catch up with her in rehab later.

And because it’s the Kardashians world and we’re all just lucky to breathe the same air as the reality stars, let’s at a look at their Paris takeover. The countdown to the Kimye (I hope they named their next daughter that) wedding is so on.
Here’s Kim with her friends: 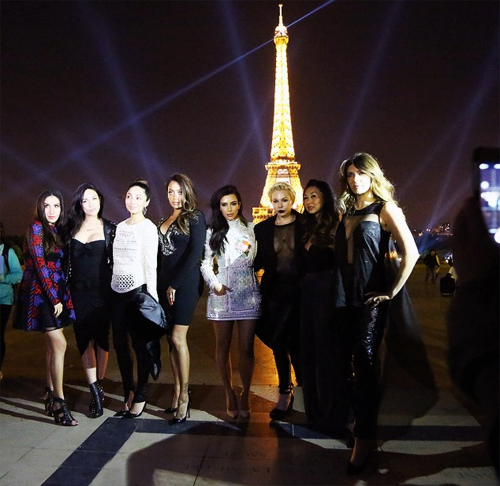 Kim with her sister Kourtney:

And finally, Kim with her favorite person ever, Kim: 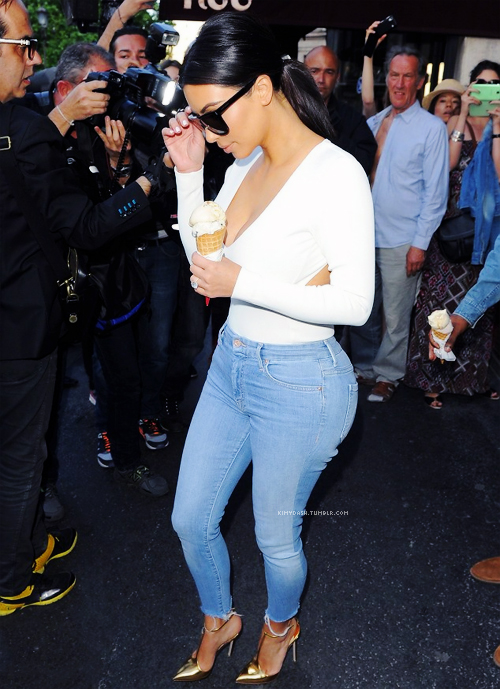 It should also be noted that the rest of the Kardashian-Jenner clan has now arrived (except for Brody Jenner because he suddenly decided he’s too busy doing absolutely nothing to attend) in Paris (all at different times of course, because why give up multiple opportunities to be photographed). I’d also like to point out that Rob’s tweets to the world about him being fat are the greatest thing to happen to the Kardashians since Lamar.