There’s no better way to recover from your Halloweekend than to see how your favorite celebs spent their  holiday. The A-Listers (and their kids) really brought it this year, and you have 363 days to start planning a lookalike costume for next year.

Heidi Klum: The Halloween Queen did it again! Heidi, who is known for her creative Halloween costumes, was a butterfly this year and she didn’t buy those wings from the local costume shop.

Beyoncé/ Blue Ivy: Bey and her little girl channeled their inner Janet and Michael Jackson, and I have a feeling Blue won the costume contest at school that day.

Iggy Azalea: After Snoop Dogg sparked a feud with Iggy and joked that she looked like a White Chicks character, Iggy responded by dressing up as one for Halloween. Not only is the costume spot on, but it’s nice to see the rapper is able to laugh at the joke after taking it personally a few weeks back.

North West and Penelope Disick: NW and P are the real MVPs this Halloween. The cousins wore matching skunk costumes, and are easily the cutest pair of trick-or-treaters the world has ever seen.

The Madden Family: Nicole Richie is my spirit animal, and the only thing better than seeing her Halloween costume is seeing her AND her kids! Nicole channeled her inner  Cruella de Vil, and Harlow and Sparrow were her little dalmatians. Sidenote: it’s crazy how much Harlow looks like her mom and Sparrow looks like his dad (Joel Madden).

The Harris-Burtka Family: NPH and his husband David proved in one picture that not only are they the cutest family on the planet, but they also do not mess around on Halloween. Do you think one of their twins would want to trade places with me for a day? Or a week? Or forever? 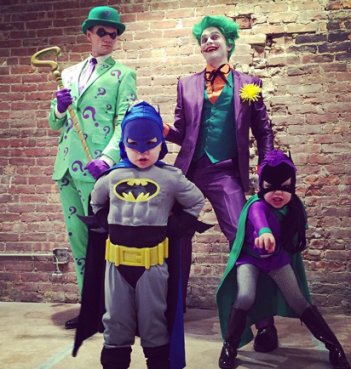 Katy Perry: The always clever KP reminded us that dressing as your favorite food is always a solid option, and that we should eat more Cheetos. Fingers crossed Cheetos saw this and is hiring Katy to sing a new jingle and star in a new ad campaign.

Kaley Cuoco and Ryan Sweeting: The Big Bang Theory star and her husband decided to go drag for the evening, and also become Young Hollywood’s most infamous celebrity couple: Selena Gomez and Justin Bieber. No word on whether the Biebs or Sel saw the outfit or not, but I think they’ll approve. 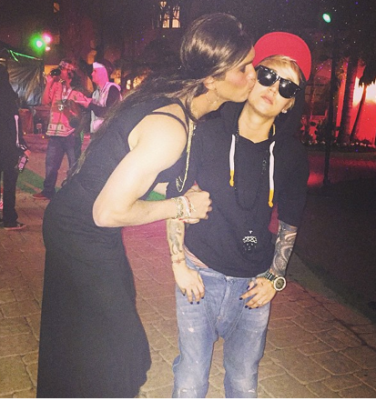 Winnie Fallon: I just have one question: did anyone know Ramen Noodles could be THIS cute? #JimmyFallonAndHisDaughterForPrez 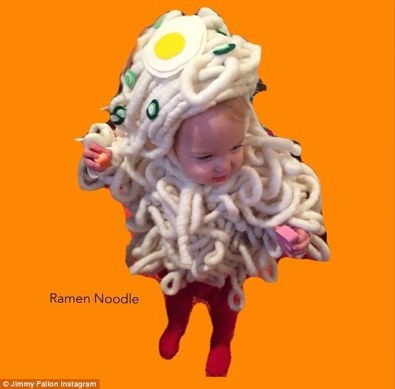 Kelly Ripa and Michael Strahan: America’s favorite talk-show hosts became America’s favorite TV shows! The Live With Kelly and Michael! duo dressed up in multiple TV related costumes, and their Mad Men, Orange is the New Black and Keeping Up With The Kardashians (Kimye specifically) take the Halloween candy. 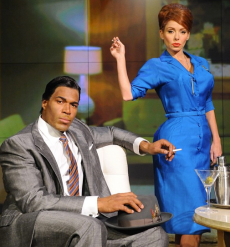 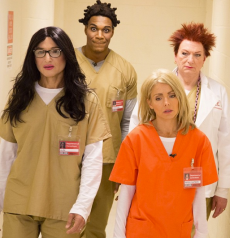