Happy 2015! Before you watch the new episodes of television that are coming to a screen near you over the next couple weeks, let’s look back at the moments in 2014 (in no particular order) that made you laugh, cry, smile or want to throw your shoe at the TV screen.

1. #WhoKilledSam: How To Get Away With Murder was everyone’s favorite obsession this fall, and the mid-season finale was basically like the SuperBowl of ABC dramas. Bonus: Annalise taking off her hair and makeup is another highlight.

3. Carlton Dance on Dancing With the Stars: Waiting for Alfonso Ribeiro to do his infamous dance from Fresh Prince of Bel-Air is the only acceptable reason to watch Dancing With The Stars.

4. Mellie Grant and her fried chicken: Mellie proved to be the true MVP of Scandal this season.

5. Cristina and Meredith’s Last Dance it Out: I’m still crying over this one. Come back, Cristina?

6. Clare Crawley Talks To The Raccoon: Bachelor In Paradise is one of the best things that has ever happened to America. The end.

7. Julia and Joel’s Elevator Moment: After a season and a half of these two debating a divorce on Parenthood, this moment gave fans the hope they needed (and deserved).

9. Castle and Beckett finally get married: Say it with me now: FINALLY.

10. Will Gardner’s death: When I watch new episodes of The Good Wife, I like to pretend Will is just on a really long vacation.

11. Mindy and Danny on top of the Empire State Building: The Mindy Project is the romantic comedy that never ends and never fails.

12. Once Upon A Time goes Frozen: I loved watching Elsa, Anna and Krisoff come to Storybrooke, but the Snow Queen was the real star of Once this season.

13. David Clarke is alive: Just when you were ready to stop watching Revenge, it sucks you back in with this twist.

14. How I Met Your Mother ending: Why didn’t they just call the show “How I Decided Your Mother Wasn’t Right For Me,” or “How To Piss Off Your Entire Fanbase In 5 Minutes.”

15. Girl Meets World reunion: Nothing made me happier than seeing Cory and Shawn back together again. #TheOriginalBromance

16. Jimmy/Steve is alive: Shameless returns in less than two weeks, and Fiona’s world is about to be rocked for the 103758th time.

I guess It's not over till it's over.

18. Games Of Thrones fight: I don’t even watch this show, but Twitter (and my family members) would probably hurt me if it wasn’t on the list (and after seeing gifs of this fight, I’d like to avoid violence).

19. Mona’s Death: Nobody does death like Pretty Little Liars.

20. Odell Beckham Jr: Every year there is a sports meme that takes over the internet, and this year it’s New York Giant Odell Beckham. 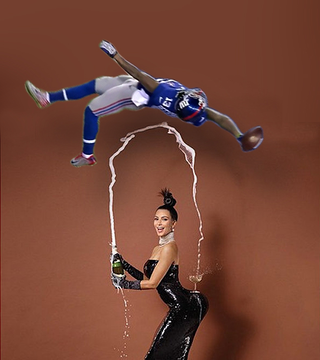 21. Juliette Barnes Is Pregnant: Hayden Panettiere and her baby bump are killing it on Nashville this season.

22. Every episode of Botched: There are no words for this one.

Looking Ahead To 2015: There’s a lot of great TV returning soon, and my DVR is already set for the following: