After a week volunteering at a camp, and too many E! News alerts to count, I’m letting the world in on what I’m worrying about while sitting at my desk and hanging out with my friends.

1. Gwen and Gavin: The couple who Rory Gilmore used to try to convince her mom things will workout with her and Luke (Gavin had a lovechild, Luke had a lovechild) should not be breaking up! After 13 years (aka forever in Hollywood), this is a hard one to accept. I’m finally losing faith in celebrity couples and spend a lot of time brainstorming duos to root for.

2. The Next Bachelor: While everyone thinks Ben H is a lock to be the next Bachelor (as he should be), there are rumors flying around that he was hanging out with fellow Bachelor alum Tenley, and other rumors that producers are considering Nick. They think Andi and Kaitlyn’s runner up could get the sympathy vote, and I’m low-key freaking out that I’m going to have to watch Nick on my TV for another season.

…And That After-show: #BachelorNation, what the hell was that After (Bachelor In) Paradise show? Chris Harrison was fine, but that co-host needs to go. Who even is she? And why is the show an hour? And how much did ABC pay/threaten Quinn and David Rosen to be on it? I propose a half-hour after-show with past contestants as rotating co-hosts. Call me, ABC.

3. E News: With Giuliana Rancic’s last day quickly approaching (*wipes tears*), reports claim Maria Menounos will be taking over as anchor. Correspondents Ali Fedotowsky and Alicia Quarles also called it quits, and there’s some newbies who are still trying to get in their groove. To put it nicely, I’m not a fan of Maria, and my love for Jason Kennedy and Terrence Jenkins is not strong enough to put up with her. Where will I go for my entertainment news? Please send suggestions that are not hosted by AC Slater.

4. That’s So Raven reunion: Raven, Chelsea, Eddie and Cory posted a picture together and teased fans about a reunion. What could be happening here? A Disney Channel Original Movie? A Netflix revival? Just a group of old friends hanging out? That would be a waste of excitement and brainstorming.

5. The Broken Boys of 1D: Doesn’t that sound like a good E! Special for this boyband? The One Direction bandmates are in the news more than ever. Ex-band member Zayn dumped his fiance Perrie Edwards and the internet exploded. Who is Zayn going to date next? Is he abandoning his closest family and friends for his new music career? And what about this love-child that Louis finally talked about on GMA. When will I get more details about this chick? And is it too early to start predicting names?

6. Affleck’s Nanny: I’m actually losing sleep over Nanny- Gate. While Ben’s rep keeps claiming he’s innocent in the scandal, new pictures and rumored details keep leaking. I have settled on this theory: Ben and Jen have had marriage issues (Jen home with kids, Ben working/drinking/gambling more and more) for the past few years, and Jen hired a nanny to help with the kids. This lady pulled a Nanny Carrie on OTH and pulled out all the stops. The flirting got too real, too fast. This was the straw that broke Bennifer 2.0’s camel’s back, and after their separation was official, Ben and the nanny met up and things probably went down. #HireUglyNannys

7. Grey’s Anatomy Season 25: Execs at ABC have made it very clear that they have no plans to end Grey’s Anatomy anytime soon. After losing McDreamy and countless other characters over the years, I’m concerned about this statement. Doesn’t ABC want to end the drama on top? Is it already too late for that? Is Shonda getting power hungry like Olivia Pope and not thinking clearly about new storylines? Am I being ridiculous because I will be upset when the show ends? (Probably).

8. Beyonce’s Belly: Queen Bey has stepped out with various items covering her stomach this summer, so naturally, there’s only one solution: she’s pregnant with Blue Ivy’s sister Purple Ivy. Either that, or she finally ditched being a vegan and is too embarrassed to show the .000005 pound she gained. #BeysBellyGate

9. Kendall Jenner and Nick Jonas: The rumors about this potential young Hollywood couple are flying and I’m not opposed to the union. Just imagine Nick on KUWTK– hanging out with Mason and P, taking selfies with Kim, singing in the car with Kylie. Reality TV gold could be brewing thanks to Kendall’s BFF Gigi Hadid. Hopefully they post an Instagram soon so I can stop refreshing my feed every 10 seconds.

10. Degrassi: After watching that retrospect last Friday on TeenNick and reliving all of Degrassi’s glory, I’m feeling the need to rewatch and watch the seasons I missed (10-14) ASAP. Plus, Marco, Paige and (as hot as ever) Sean reunited with Jimmy aka Drake and it was epic. I struggle with the decision to quit life for 6 months and move to Degrassi Community School on a daily basis. 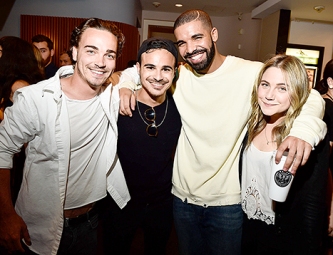 11. Will Jen Aniston Ever Be A Mom?: I let out a squeal of joy when I found out Jennifer finally married her longtime love Justin Theroux. Tbh I think I’m happier for Jen than I will be for my brothers one day, and now I will be on 24/7 bump watch.

12. Mellie’s Hair (And That Olitz promo): Dearest Bellamy Young, this hair need to go. I love you and Mellie to pieces, but those bangs are not cute. Also, how am I supposed to look forward to TGIT when every promo has happy Fitz and Olivia? Clearly Shonda has me stressed again.

13. The Next US President: I’m not one to talk about politics, but I needed something to watch during the commercials of Big Brother and I’m a tad worried about what’s to come. And more importantly, who is going to play Donald Trump on SNL? And will Kim get her selfie? #Anxiety

Excited to be meeting our next President tonight!! Maybe she'll take a selfie with me! pic.twitter.com/y0fZtvlmQK 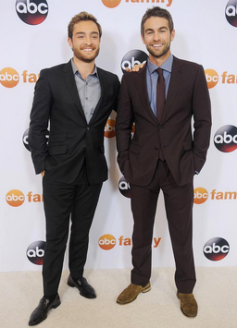 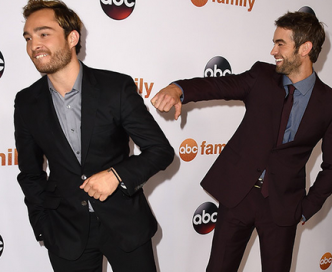